The word 'meaningful' when used today is nearly always meaningless.

More and more young people are trying to get into universities. The trend is hailed with approval as though, in an ideal world, every boy and girl in the country ought to have a university education. The Government appears to share this delusion, since it is feverishly trying to divert funds from more worthwhile objects, or the still more desirable aim of reducing taxation, in order to provide extra 'places'.

Paul Johnson in To Hell with Picasso & Other Essays (1996)

The Jews are the most tenacious people in history. Hebron is there to prove it. It ties 20 miles south of Jerusalem, 3,000 feet up in the Judaean hills. There, in the Cave of Machpelah, are the Tombs of the Patriarchs. According to ancient tradition, one sepulcher, itself of great antiquity, contains the mortal remains of Abraham, founder of the Jewish religion and ancestor of the Jewish race. Paired with his tomb is that of his wife Sarah. Within the building are the twin tombs of his son Isaac and his wife Rebecca. Across the inner courtyard is another pair of tombs, of Abraham's grandson Jacob and his wife Leah. Just outside the building is the tomb of their son Joseph. This is where the 4,000-year history of the Jews, in so far as it can be anchored in time and place, began.

Paul Johnson in A History of the Jews, Chapter One: Israelites (1987) 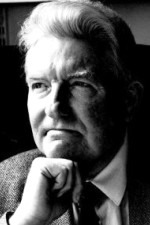