I write to escape; to escape poverty.

Tarzan: It is a long story, but it was I who wrote what I could not speak — and now D'Arnot has made matters worse by teaching me to speak French instead of English.

As he had grown older, he found that he had grown away from his people. Their interests and his were far removed. They had not kept pace with him, nor could they understand aught of the many strange and wonderful dreams that passed through the active brain of their human king. So limited was their vocabulary that Tarzan could not even talk with them of the many new truths, and the great fields of thought that his reading had opened up before his longing eyes, or make known ambitions which stirred his soul. Among the tribe he no longer had friends as of old. A little child may find companionship in many strange and simple creatures, but to a grown man there must be some semblance of equality in intellect as the basis for agreeable association.

Edgar Rice Burroughs in Tarzan of the Apes (1912) 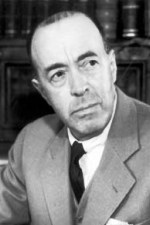