But all who are not lunitics are agreed about certain things: That it is better to be alive than dead, better to be adequately fed than starved, better to be free than to be a slave. Many people desire these things only for themselves and their friends; they are quite content that their enemies should suffer. These people can be refuted by science: Mankind has become so much one family that we cannot insure our own prosperity except by insuring that of everyone else. If you wish to be happy yourself, you must resign yourself to seeing others also happy.

Bertrand Russell in The Science to Save Us From Science

The impartiality which, in contemplation, is the unalloyed desire for truth, is the very same quality of mind which, in action, is justice, and in emotion is that universal love which can be given to all, and not only to those who are judged useful or admirable. Thus contemplation not only enlarges the objects of our thoughts, but also the objects of our actions and our affections: it makes us citizens of the universe, not only of one walled city at war with the rest. In this citizenship of the universe consists man's true freedom, and his liberation from the thralldom of narrow hopes and fears.

The State and Property are the great embodiments of possessiveness; it is for this reason that they are against life, and that they issue in war. Possession means taking or keeping some good thing which another is prevented from enjoying; creation means putting into the world a good thing which otherwise no one would be able to enjoy. Since the material goods of the world must be divided among the population, and since some men are by nature brigands, there must be defensive possession, which will be regulated, in a good community, by some principle of impersonal justice. But all this is only the preface to a good life or good political institutions, in which creation will altogether outweigh possession, and distributive justice will exist as an uninteresting matter of course. The supreme principle, both in politics and in private life, should be to promote all that is creative, and so to diminish the impulses and desires that center round possession. 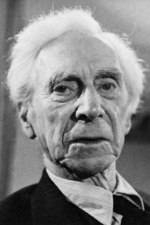