This winter I was outside Moscow,
But when the time for work came round,
Through the blizzard, biting frost and snow,
I made the journey into town.

At the hour I stepped outside the door
Not a soul could be seen on the street,
And through the forest darkness drifted forth
The crunching echo of my tramping feet.

At the crossing I was greeted
By the willows of the vacant plot.
The constellations towered above the world
In the dark chill of January's pit.

And usually, there behind the yards,
The number forty or the early mail
Would overhaul me, pulling hard,
But the six forty-five was my own train.

They stood, almost blocking the pavement,
As though at a window display;
The stretcher was pushed in position,
The ambulance started away.

Past porches and pavements and people
It plunged with its powerful light
Through streets in nocturnal confusion
Deep into the blackness of night.

The headlights picked out single faces,
Militiamen, stretches of street.
The nurse with a smelling-salts phial
Was rocked to and fro on her seat.

A drain gurgled drearily. Cold rain
Was falling. The hospital-clerk
Took out a fresh form of admission
And filled it in, mark upon mark.

This was its promise, held to faithfully:
The early morning sun came in this way
Until the angle of its saffron beam
Between the curtains and the sofa lay,

And with its ochre heat it spread across
The village houses, and the nearby wood,
Upon my bed and on my dampened pillow
And to the corner where the bookcase stood.

Then I recalled the reason why my pillow
Had been so dampened by those tears that fell-
I'd dreamt I saw you coming one by one
Across the wood to wish me your farewell.

You came in ones and twos, a straggling crowd;
Then suddenly someone mentioned a word:
It was the sixth of August, by Old Style,
And the Transfiguration of Our Lord.

I also loved, and the restless breaths
Of sleeplessness, fluttering through darkness,
Out of the park would downward drift
To the ravine, on to the archipelago
Of meadows, sinking from sight among
Wormwood, mint and quails beneath the wispy mist.
And the broad sweep of adoration's wing grew
Heavy and drunken, as though stung by shot,
Floundered into the air and, shuddering, fell short,
Scattering across the fields as dew.

And then the dawn was breaking. Till two
Rich jewels blinked in the incalculable sky,
But then the cocks began to feel afraid
Of darkness and strove to hide their fright,
But in their throats blank mines exploded,
As they strained, fear's putrid voice erupted.
As though by order, as the constellations faded,
A shepherd, goggle-eyed as though from snuffing candles,
Made his appearance where the forest ended.

'Look out! Wet paint.' My soul was blind,
I have to pay the price,
All marked with stains of calves and cheeks
And hands and lips and eyes.

I loved you more than luck or grief
Because with you in sight
The old and yellowed world became
As white as painters' white.

I swear my friend, my gloom-it will
One day still whiter gleam,
Than lampshades, than a bandaged brow,
Than a delirious dream.

Once, in times forgotten,
In a fairy place,
Through the steppe, a rider
Made his way apace.

While he sped to battle,
Nearing from the dim
Distance, a dark forest
Rose ahead of him.

Something kept repeating,
Seemed his heart to graze:
Tighten up the saddle,
Fear the watering-place.

But he did not listen.
Heeding but his will,
At full speed he bounded
Up the wooded hill;

Who’ll be honoured and praised,
who’ll be dead, and abused,
that’s only known these days
to power’s sycophantic crew.

To honour Pushkin or not:
perhaps no one would know,
were it not for their dissertations
that shed light on our darkness so.

But Blok, happily, isn’t like that,
his case is a different one.
He didn’t come down from Sinai
or adopt us as his sons.

Eternal, owned by no programme,
beyond systems and schools,
he’s not been manufactured

I quivered. I flared up, and then was extinguished.
I shook. I had made a proposal - but late,
Too late. I was scared, and she had refused me.
I pity her tears, am more blessed than a saint.

I stepped into the square. I could be counted
Among the twice-born. Every leaf on the lime,
Every brick was alive, caring nothing for me,
And reared up to take leave for the last time.

The paving-stones glowed and the street's brow was swarthy,
From under their lids the cobbles looked grim,
Scowled up at the sky, and the wind like a boatman
Was rowing through limes. And each was an emblem.

Be that as it may, I avoided their glances,
Averted my gaze from their greeting or scowling.
I wanted no news of their getting and spending.
I had to get out, so as not to start howling.

Stars were racing; waves were washing headlands.
Salt went blind, and tears were slowly drying.
Darkened were the bedrooms; thoughts were racing,
And the Sphinx was listening to the desert.

Candles swam. It seemed that the Colossus'
Blood grew cold; upon his lips was spreading
The blue shadow smile of the Sahara.
With the turning tide the night was waning.

Sea-breeze from Morocco touched the water.
Simooms blew. In snowdrifts snored Archangel.
Candles swam; the rough draft of 'The Prophet'
Slowly dried, and dawn broke on the Ganges

Black spring! Pick up your pen, and weeping...

Black spring! Pick up your pen, and weeping,
Of February, in sobs and ink,
Write poems, while the slush in thunder
Is burning in the black of spring.

Through clanking wheels, through church bells ringing
A hired cab will take you where
The town has ended, where the showers
Are louder still than ink and tears.

Where rooks, like charred pears, from the branches
In thousands break away, and sweep
Into the melting snow, instilling
Dry sadness into eyes that weep.

Beneath - the earth is black in puddles,
The wind with croaking screeches throbs,
And-the more randomly, the surer
Poems are forming out of sobs. 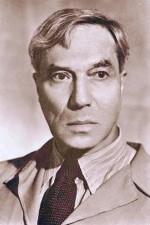