The body is the soul's edge.

The lie is the vacation of truth.

Kierkegaard: The Don Quixote of religion.

The mother tongue of the passions has no syntax.

The poet: A blood donor at the hospital of words.

classic aphorism by Lucian Blaga from The Élan of the Island (1977), translated by Dan Costinaş

Love is the second smile of our tragedy. Yet maybe the very first.

I Am Not a Man who Does Things

There are so many of you, men who do things,
everywhere in the streets, under the sky, roofs.
Only I am here purposeless, infamous.
only good for drowning in water.

But I am waiting, have been waiting for a long time
for some wholly good, wholly honest passerby to say to him:
Oh, don‘t turn and look at me,
Oh, don‘t condemn my immobility.
I grow among you, but shaded by my hands
the mystic fruit ripens in another place.
Don‘t curse me, don‘t curse me!

Friend of deep things,
companion of silence,
I play above the doing.
Sometimes with a flute of ancestral bone
I sens myself to death as a song.

Questioning, my brother looks at me,

poem by Lucian Blaga from In the Great Passage (În marea trecere) (1924), translated by Roy MacGregor-Hastie

If fate would have you come to Rome some day
and deep into the countryside, my friend, along the Via Apia
you were to wander,
you would then understand, oh, how unjust the balance is
in which people and peoples weigh
each other’s hearts and virtues. For you would see a Way
unrolling on and on into the landscape,
stone after stone, all fitting,
a Way lined left and right 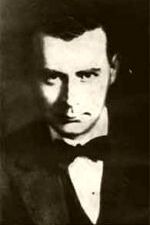